There’s a place for you here!
Sign Up to Serve 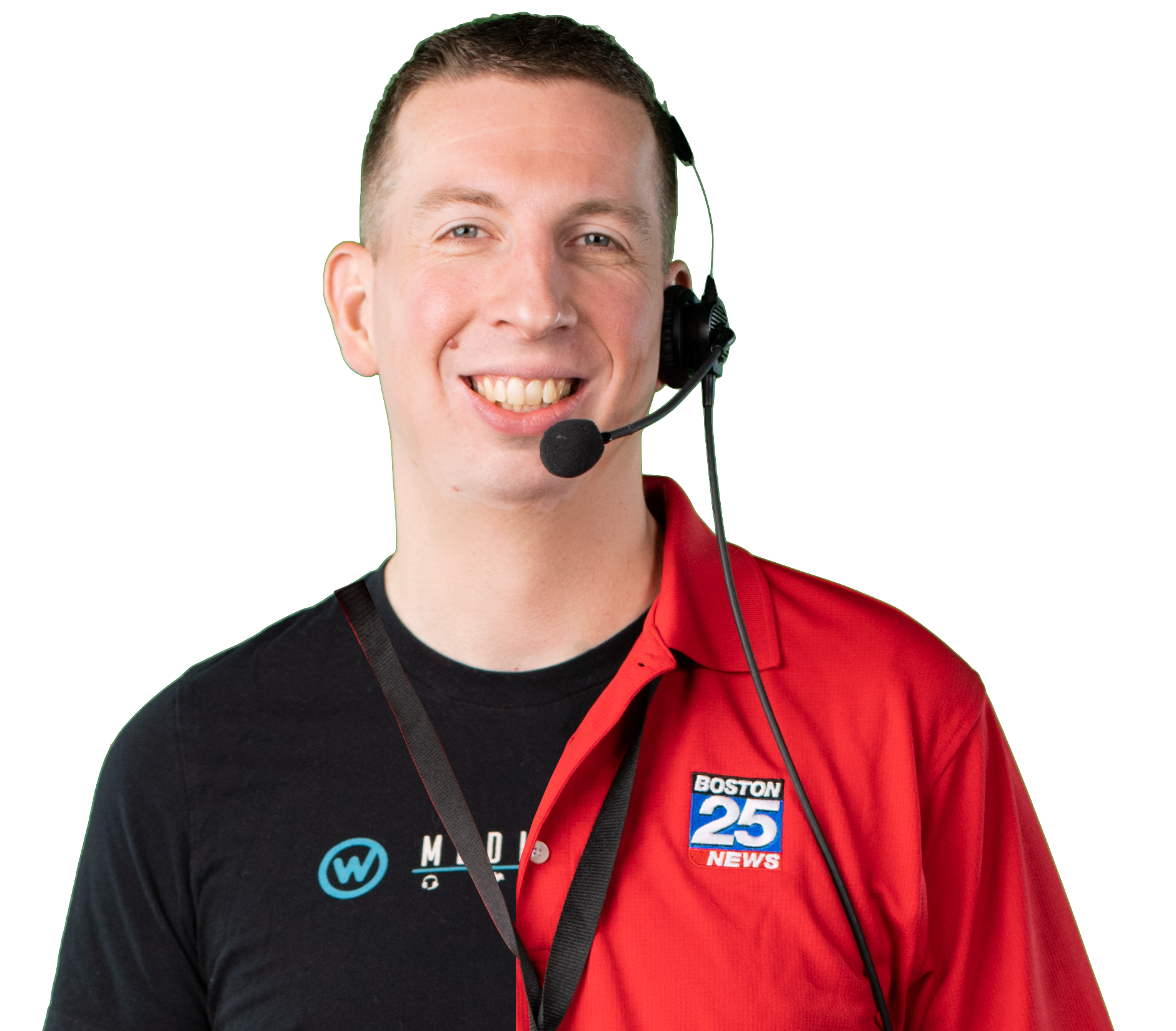 I began serving in the fall of 2014. I had been attending Waters since the beginning of August and after a few months, knew I wanted to help out. I was not sure where I wanted to serve. I knew that I had a media production background, but I was open to serving in other areas of need.

One weekend, the Church ran an announcement video saying they needed media volunteers. I knew that is where I was being called. I was a little apprehensive the first time I served because I did not know anyone. It turned out to be the best way to get to know people! I think I met two dozen people the first time I served. Then, every weekend I met more and more people.

My circle of friends grew wider and wider, and I am so thankful for that. One of my favorite parts of serving is the peak behind the scenes which you get, especially from Saturday’s 3:10 meeting. I learned so much about the church: their vision, their goals, their expectations, and their handling of different situations. It not only has matured my walk with God, but it made me feel like a true part of the team; a part of what God is doing through Waters Church.

Once you start serving, I guarantee Baptism Weekend will be your favorite weekend. Hearing the testimonies of how God is moving and how lives are being changed is SO rewarding and inspiring. It is humbling to know that you were able to play a smart part in the BIG things God is doing!

I could write a huge testimonial on how people should step out of their comfort zone and serve in the church. I was 15 when I volunteered to serve on my church’s television production team. I was scared to run a camera, like most people who don’t have any experience. I ended up finding a niche in running graphics for the show while sitting next to the Director. After months of observing the Director, I started thinking how I would add my personal touch to the show if I were in the Director’s seat.

Soon, they gave me the opportunity to direct a show and I fell in love with it. I went from being afraid of touching a camera to being in charge of the whole Production Crew. I then decided to go to school for TV Production and found my career field all though serving at church.

Now I take what I learn and do in my daily job and give it back to God by serving at Waters! You never know what talents or abilities God has instilled in you until you step out and try something. To anyone saying, “Pshhh, no way I could do that,” take it from someone who thought the same thing, gave it a shot, and God said, “Oh yes, you CAN do that and more!” 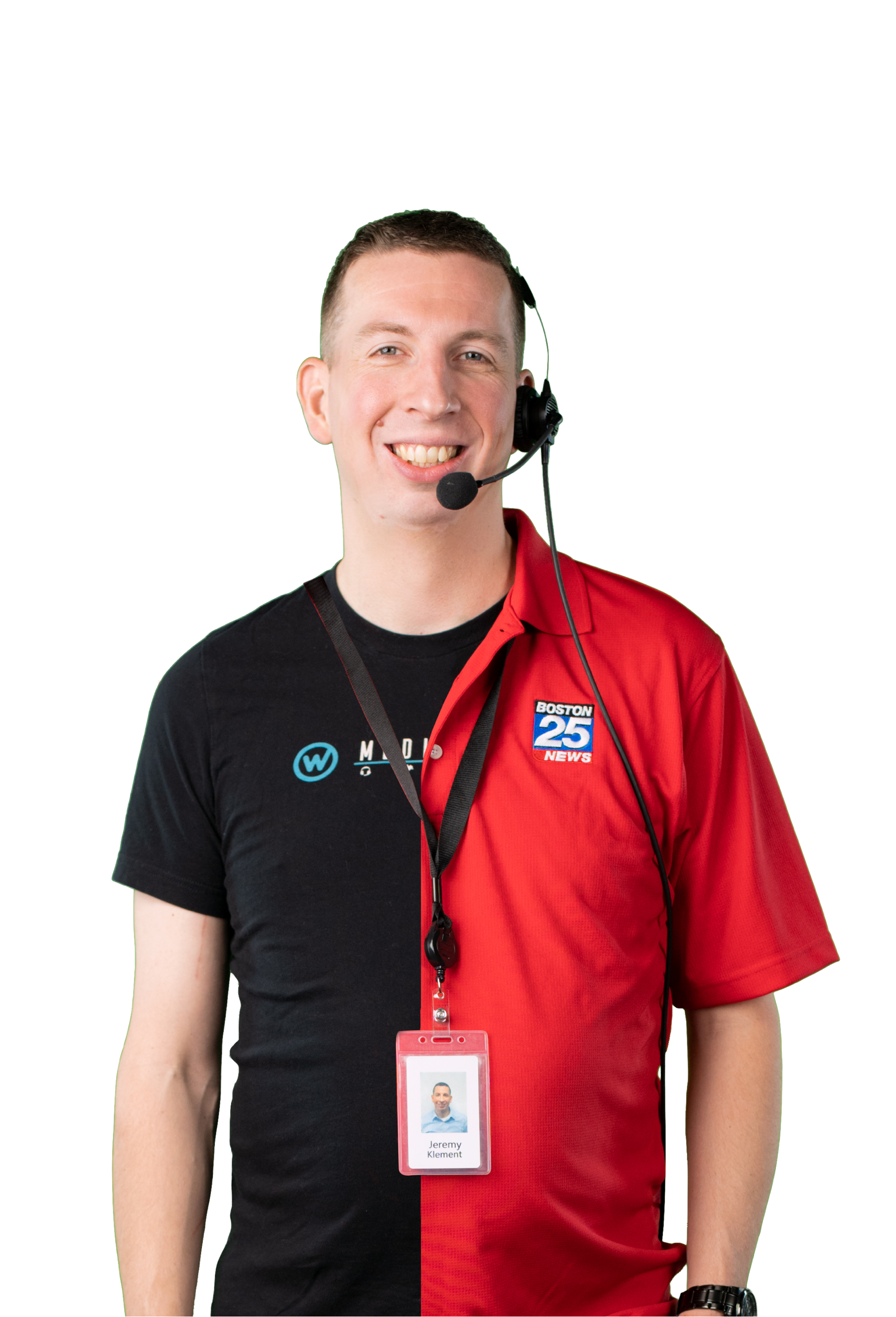 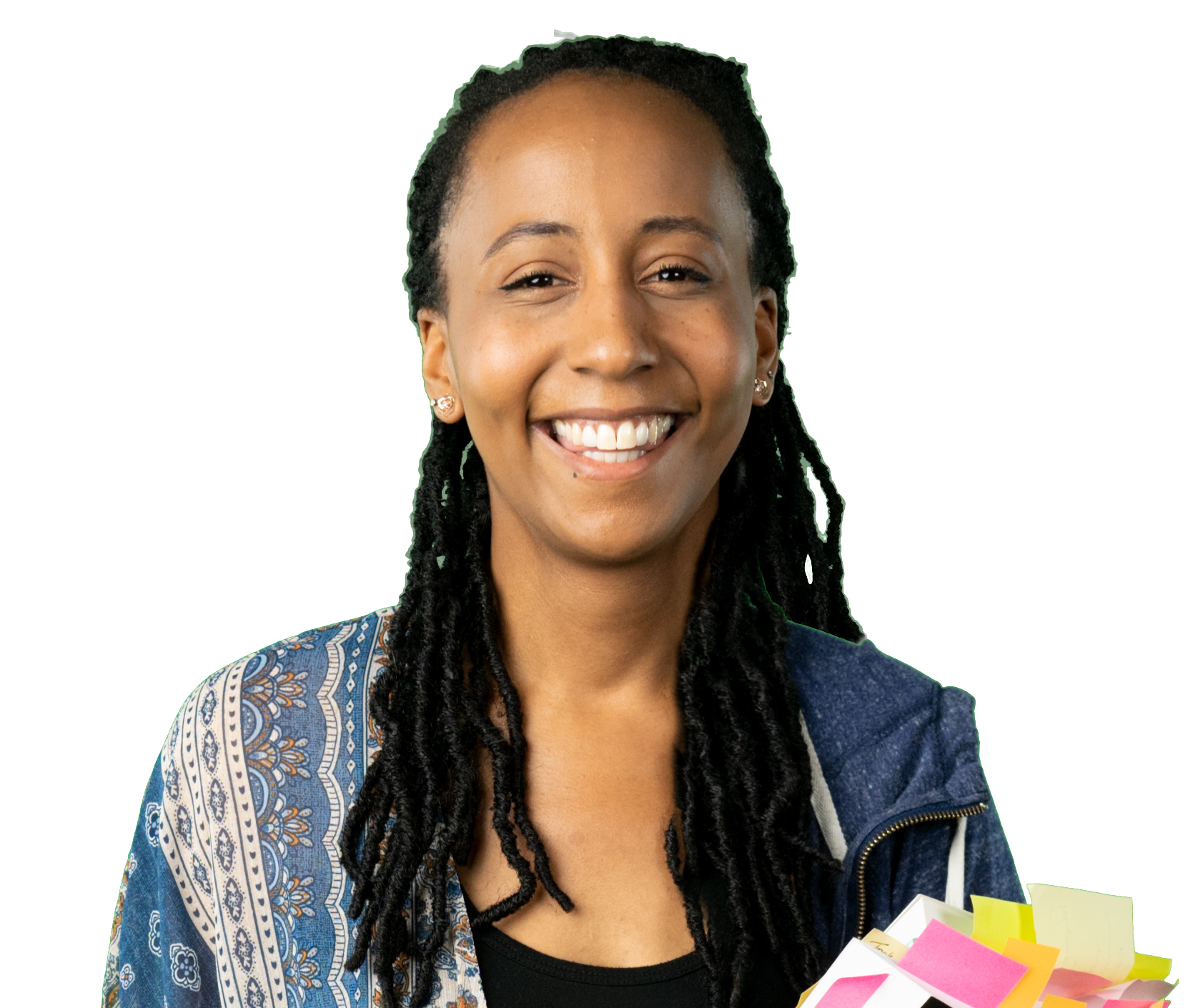 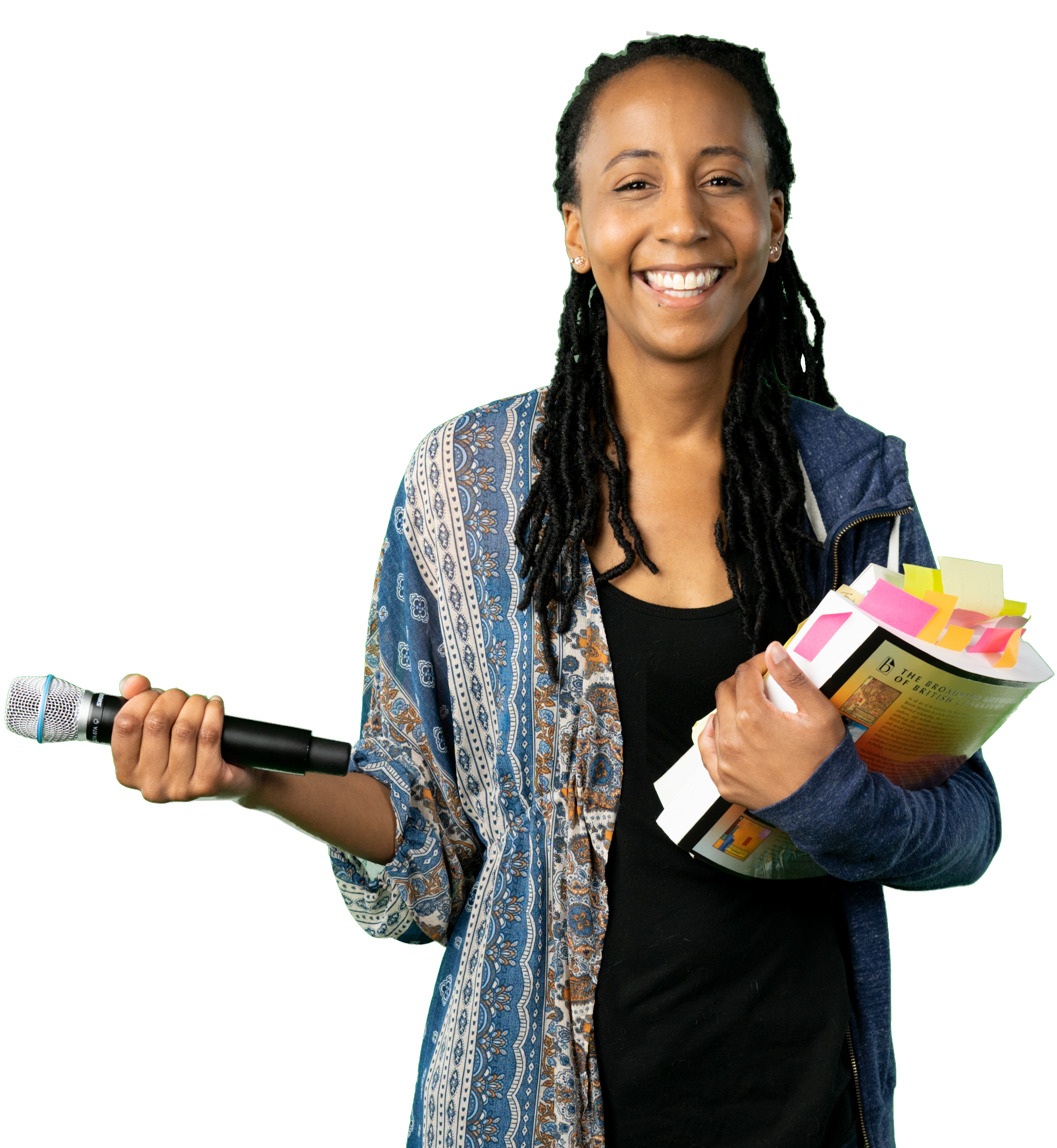 I started serving shortly after I joined my Small Group. I was having trouble making friends and connecting with people from Church. Through Small Group I was able to meet people who served on the Production Team and on the Worship Team. It was their encouragement, plus a great blessing of boldness from the Lord, that helped me get to where I am today.

Serving has become a foundation for my connection to God. He brings new people into my life through the areas He calls me to serve in and He teaches me so much about myself in the process. Thanks to Him, I am able to share this journey with others. Serving has been the start of a beautiful relationship with God and with the people of His Church.

If you are apprehensive about serving, do not be! If you think you are unqualified, you are not! God is the one who qualifies us. He is on your side and will show you something amazing through your dedication to serve. You will go from being just a member of our Church to a member of our family. 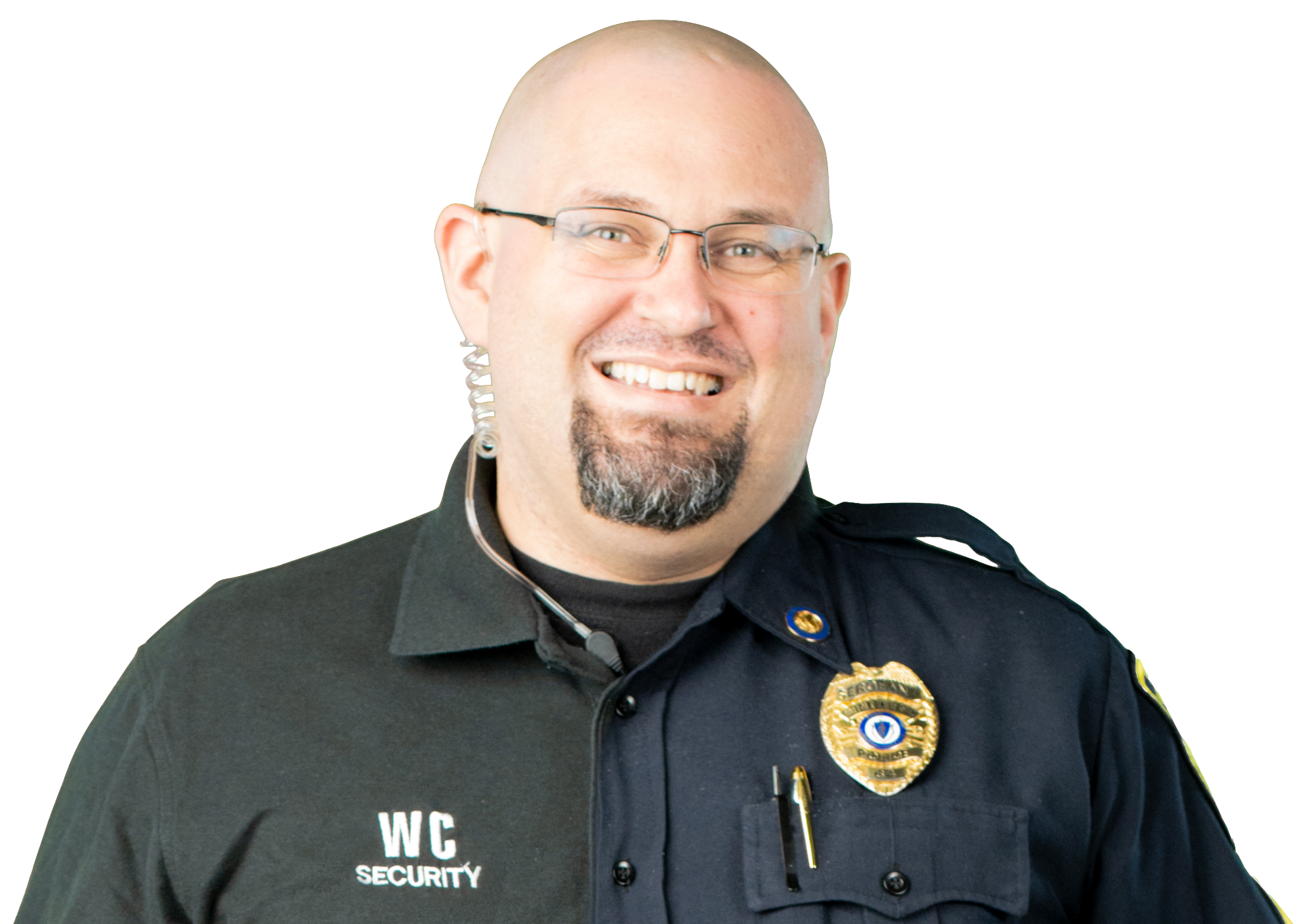 I began serving at Waters Church a little more than four years ago. I had been attending Waters for a few months and wanted to get more involved. I decided that finding a place to serve would be a good place to start. Info Central provided me with a list of ministries that were in need of volunteers and, initially I wanted to volunteer in the Café, but God had other plans.

I eventually spoke with Carl Webber, the Security Ministry Director, and after filling out the paperwork, I was ready to learn about the Security Team. I was very skeptical at first about the need for Security at Church as I had never heard of such a thing at any of the other Churches I had been to. I thought, “Is there anywhere safer than inside Gods House?” What I encountered truly opened my eyes! The amount of planning and vigilance which went into each service was amazing! I quickly realized that this is where God intended me to be. I never thought I would be able to serve the Kingdom in this manner–but now I could not imagine serving in any other!

Through the Security Ministry I have been able to connect with each of the other aspects of service (Greeting, Parking, Praise and Worship, ect..), the Elders, and most importantly the congregation. Being one of the people that every new visitor sees provides me with the unique opportunity of breaking the ice and welcoming them in to God’s house while simultaneously reassuring them that they and their children are in a safe environment! The joy I receive knowing that our Security Team allows everyone to fully relax and experience the Word of God is immense.

For those who are thinking about serving but do not know where to start, I would encourage you to do as I did and talk to someone at Info Central. If you have a heart to serve, just take the leap! Who knows? Maybe you will be spreading God’s Word and safeguarding God’s children through the Security Ministry as I do. 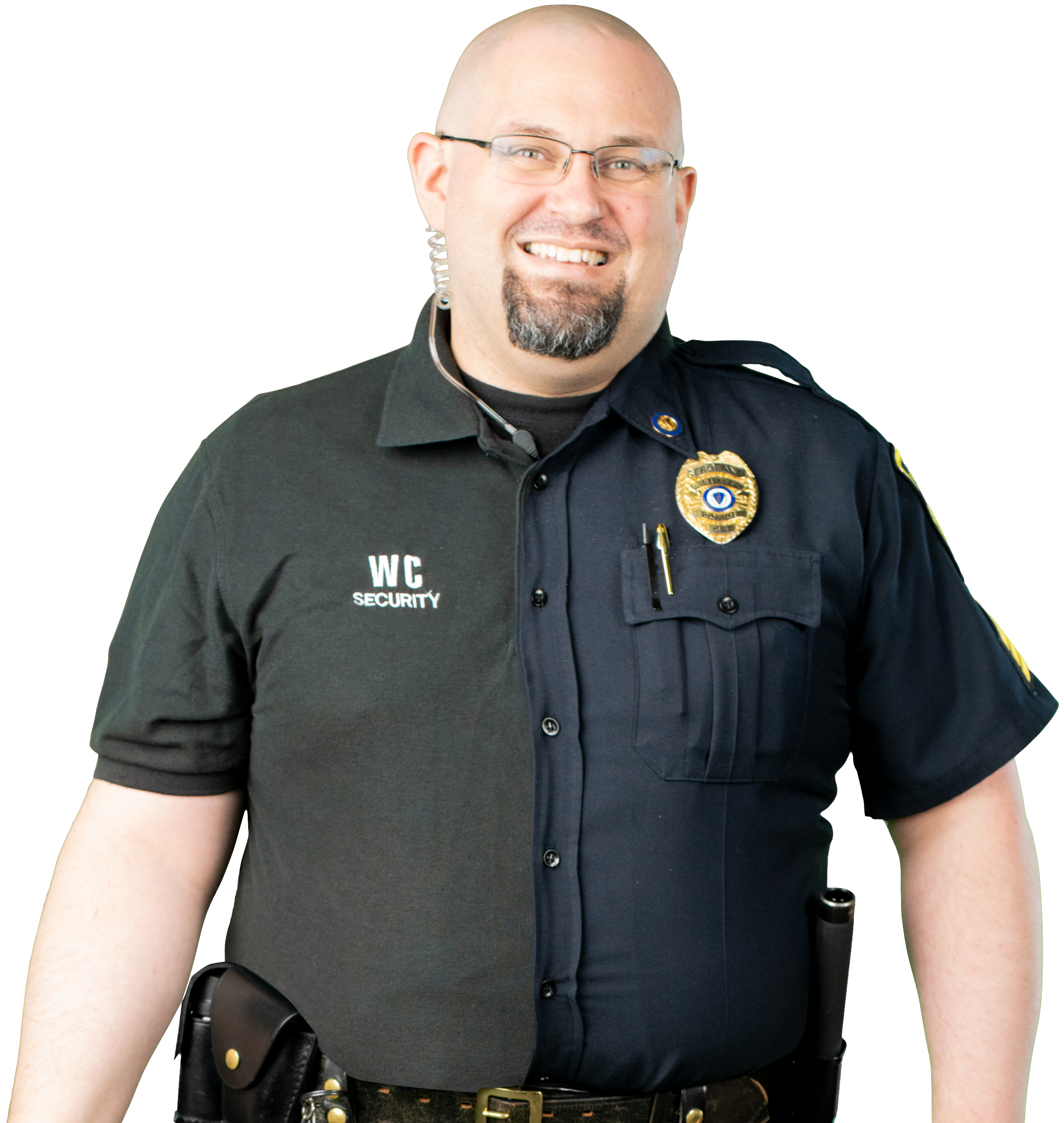 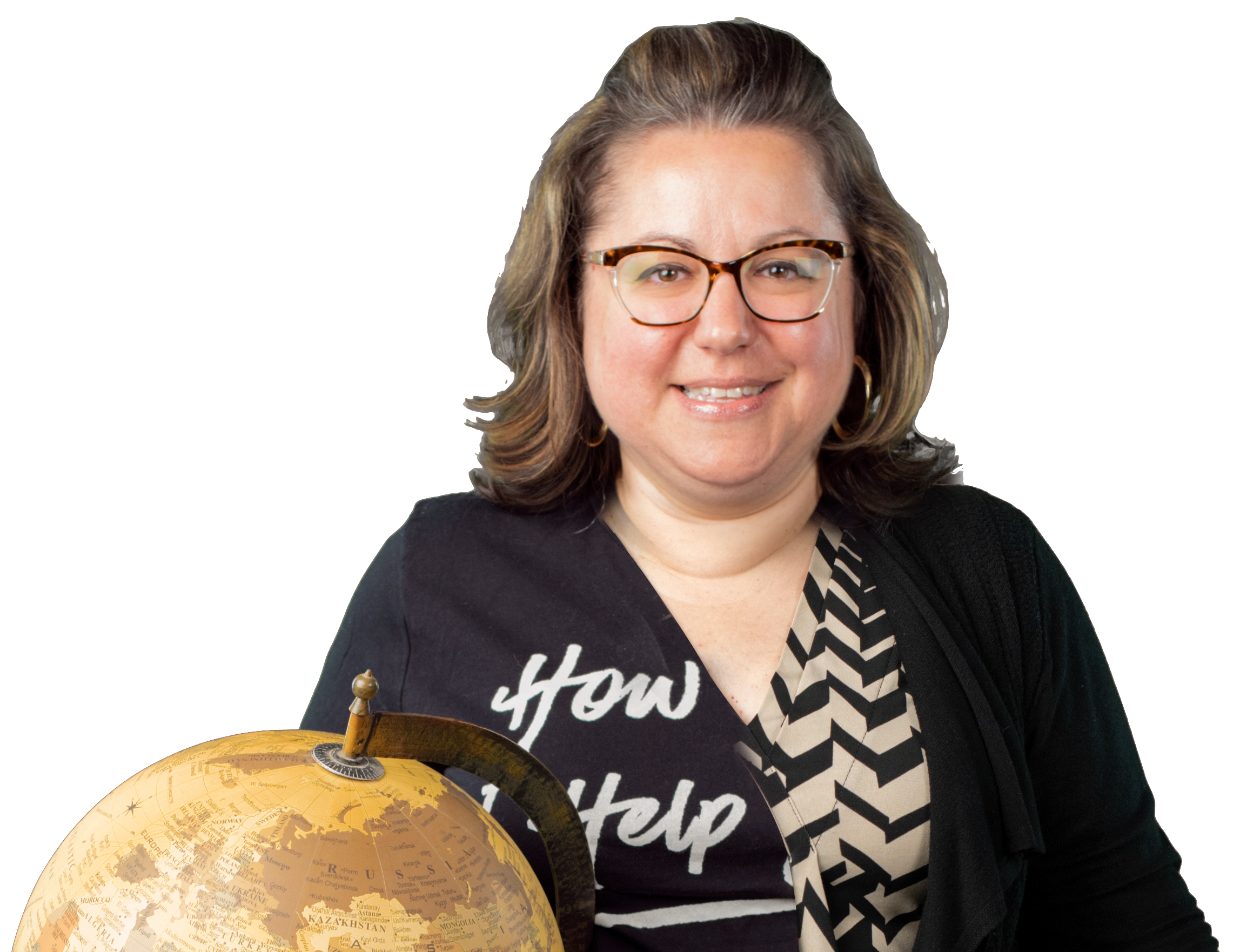 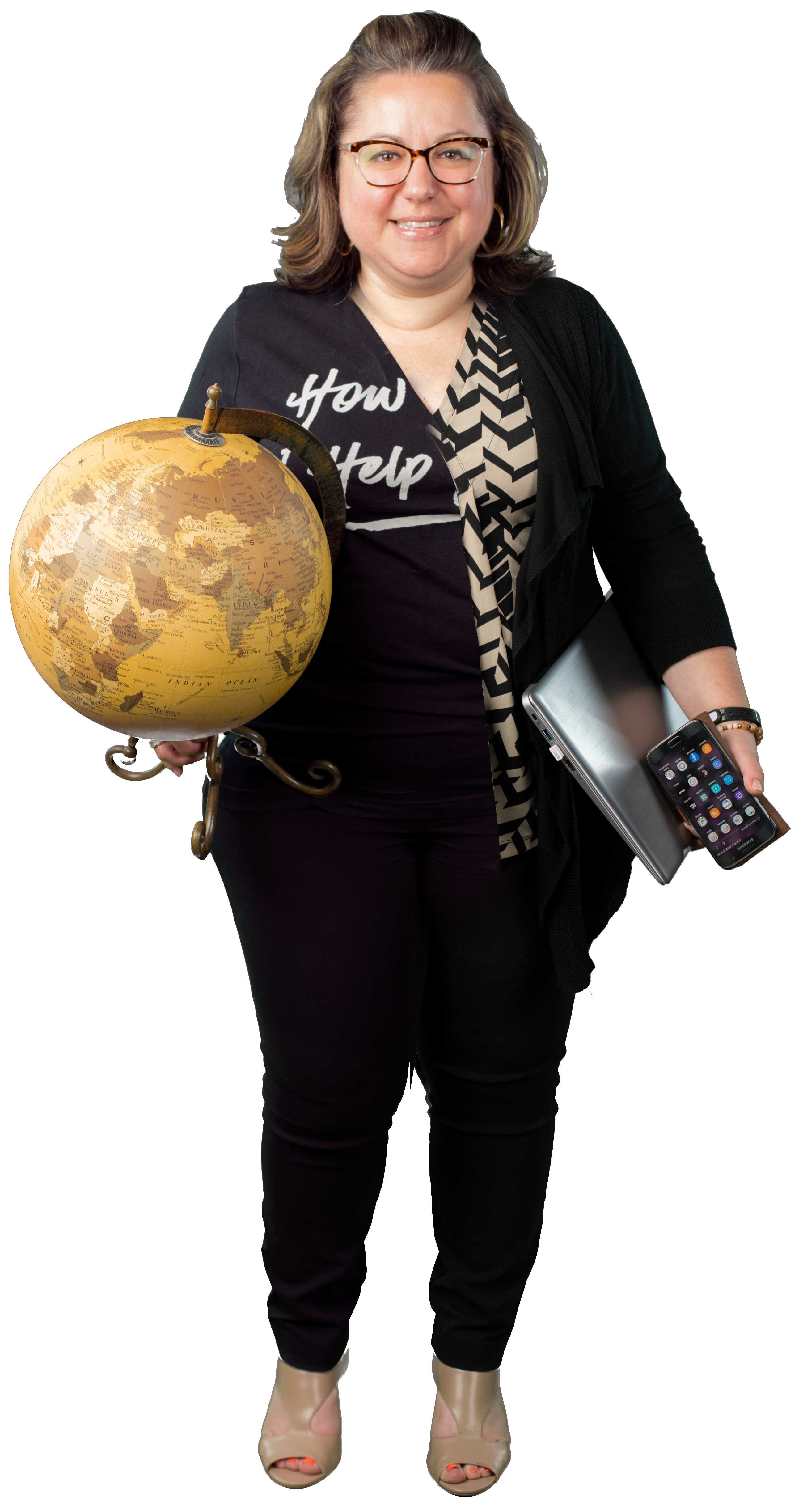 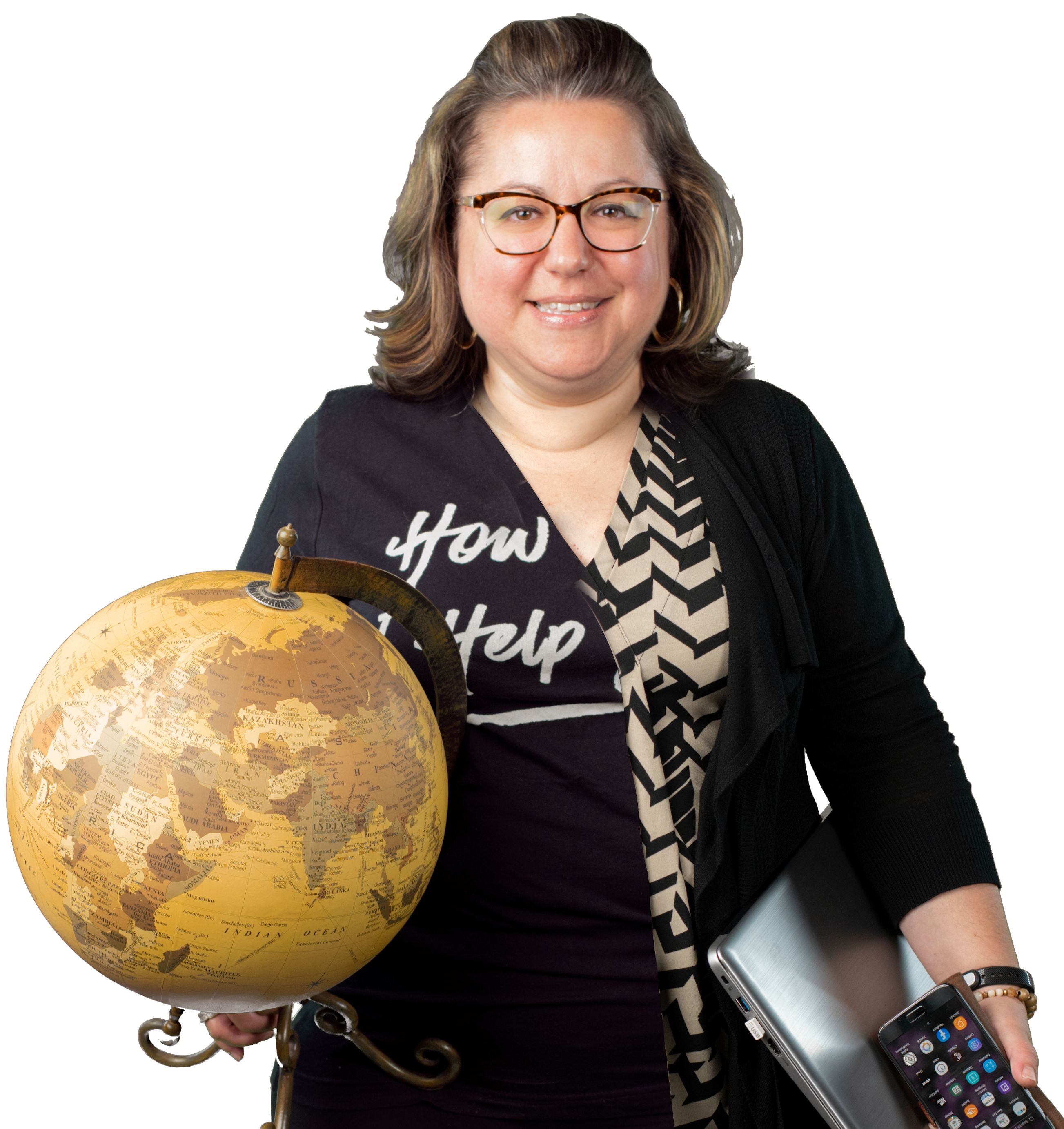 I have been attending Waters Church for three years. I began serving in the Online Church Ministry about two years ago. I was hesitant at first because of the technology aspect of broadcasting the live feed. However, I felt God calling me to this “behind the scenes” role.

The more I served, the easier and more comfortable I became with the process. Now, I have taken on more responsibilities in the Ministry that I did not imagine myself having. I look forward to serving on a regular basis and connecting with our online church family! Even though it is only through a computer screen, I enjoy speaking with people and encouraging them in their walk with Christ.

Serving has humbled me, making me merely be a vessel in God’s plan for His Kingdom. He has shown me that it is not about me–but about loving others and putting them first! This has extended beyond my family to wherever I have been placed. I have also established friendships with some amazing people that I serve alongside with in the Ministry. We are there for one another emotionally and, more importantly, spiritually.

If there is one thing that I would tell someone about being on the fence about serving, it would be, “Just do it!” If God is calling you to serve, be available and consistent in your walk to be a light for Him! You won’t regret it! 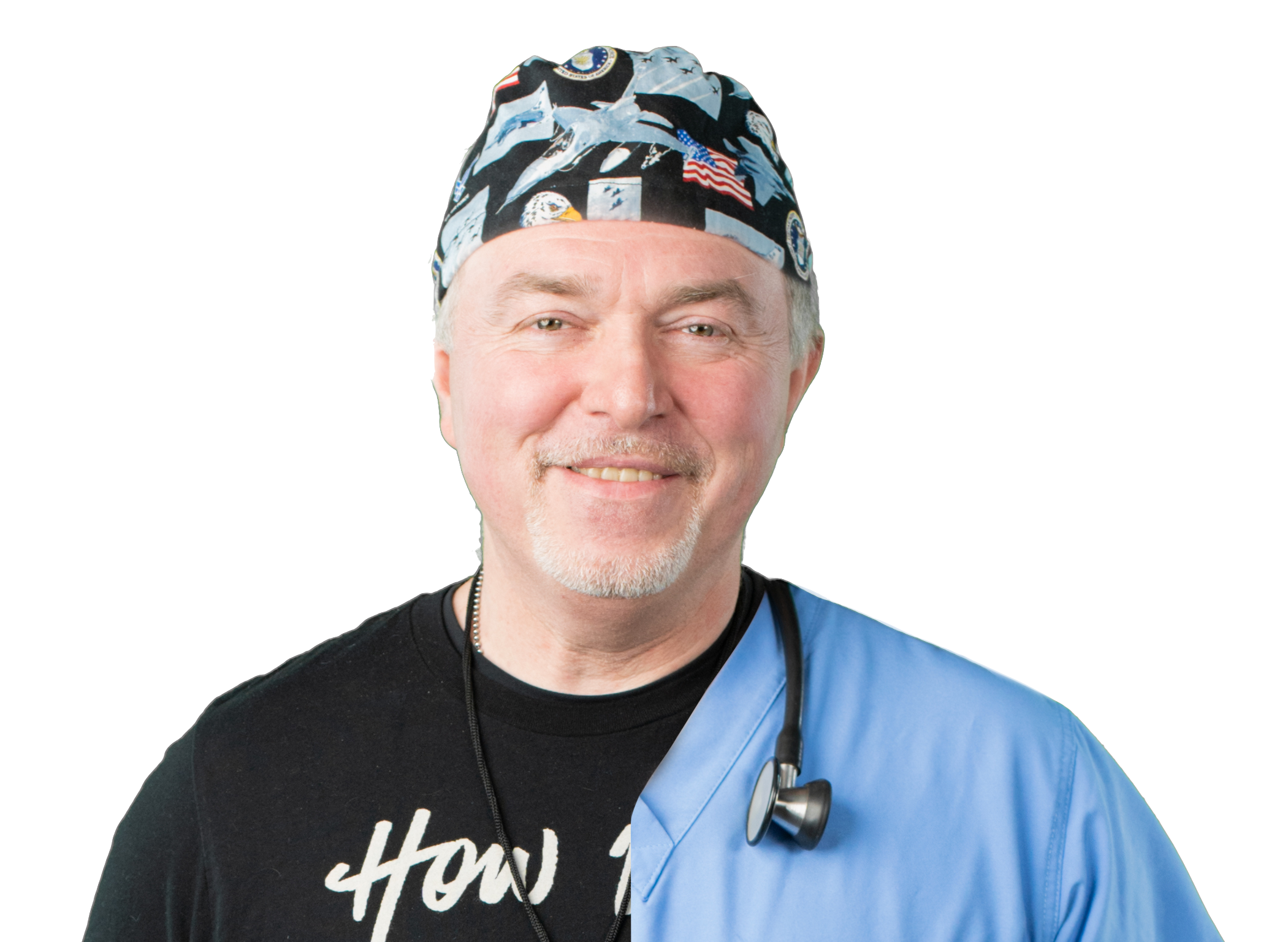 I began serving after attending Waters Church for three months in the fall of 2014. I was impressed by the dedication and kindness of the volunteers at Waters. After receiving so much from attending Waters, I signed up to join Guest Services.

Although I was apprehensive at first due to my busy job which includes long hours and on-call duties, I was committed to serving the Lord and put God first in my life. Looking back, I have been truly blessed to serve on multiple ministries at Waters Church such as the Deacon Team, the Security Team, and the Parking Team. The Lord has honored my commitment and made my job situation less hectic and more productive enabling me to serve almost every weekend.

Being faithful in the little things and putting God first has strengthened my faith and allowed me to participate corporately in showing God’s love to all those that come through the doors of Waters Church. It is amazing to be a part of the radical life transformations we witness each week.

If you think your job or a situation in your life will prevent you from serving, I would humbly suggest trusting in Him and putting God first. He will take care of the rest and bless you abundantly. 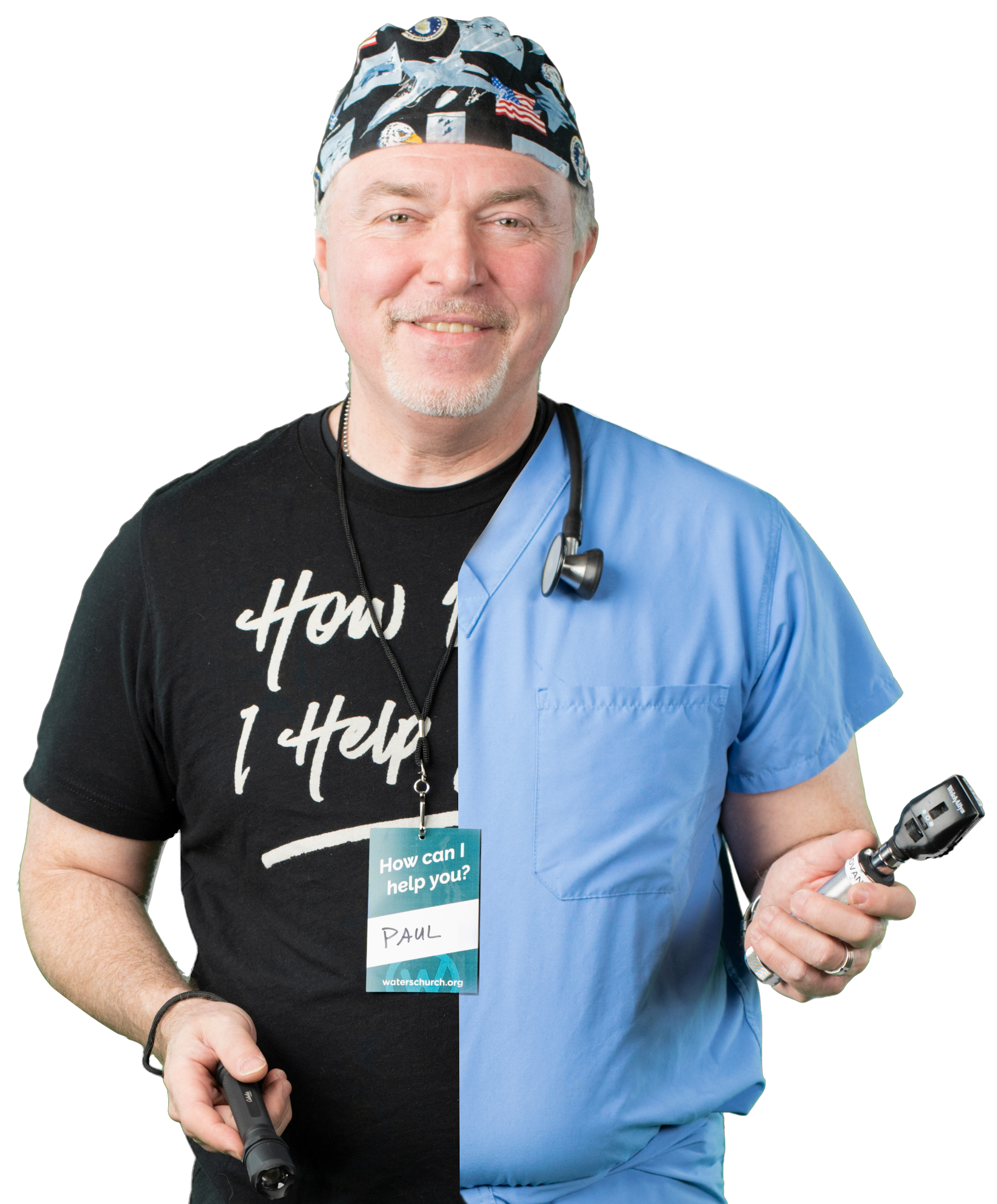 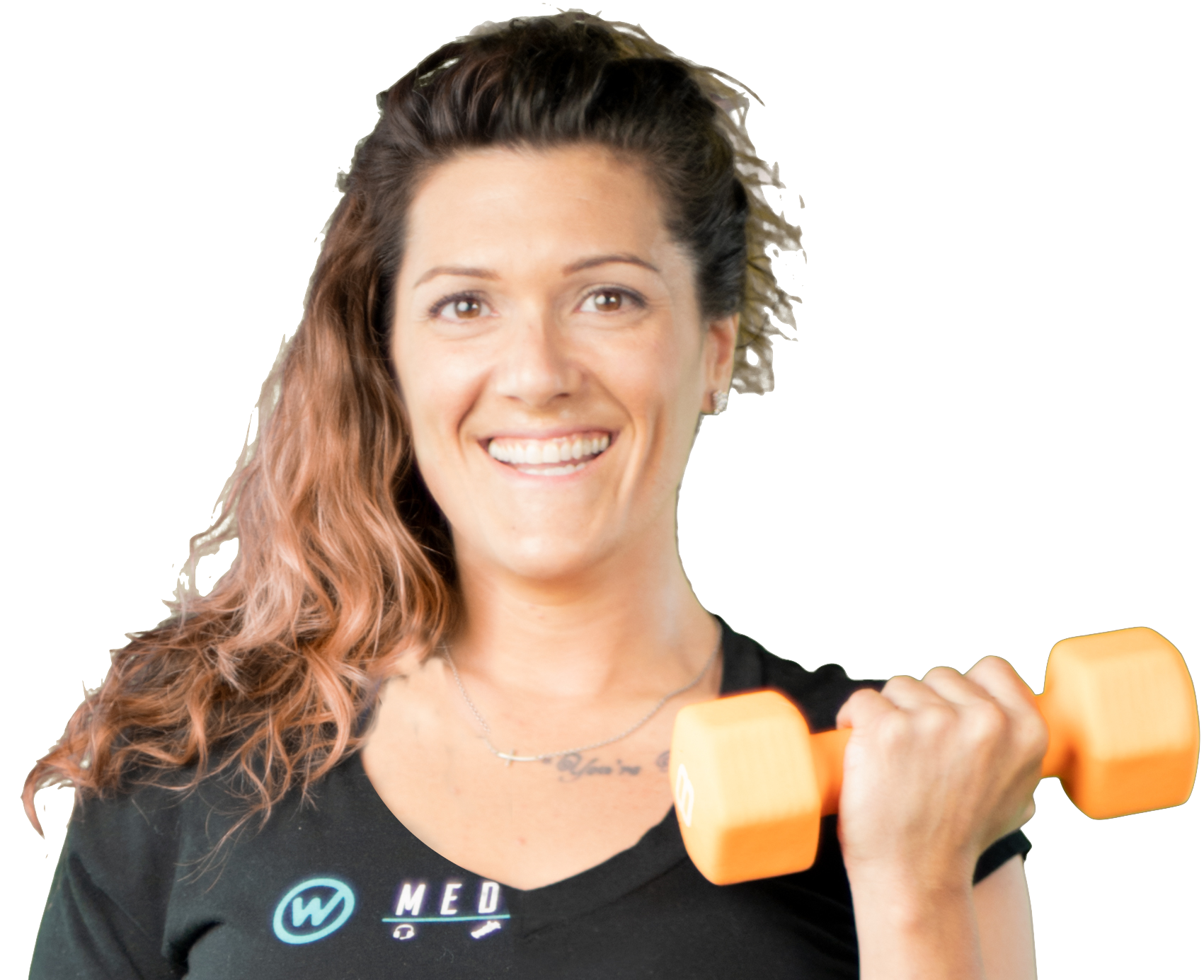 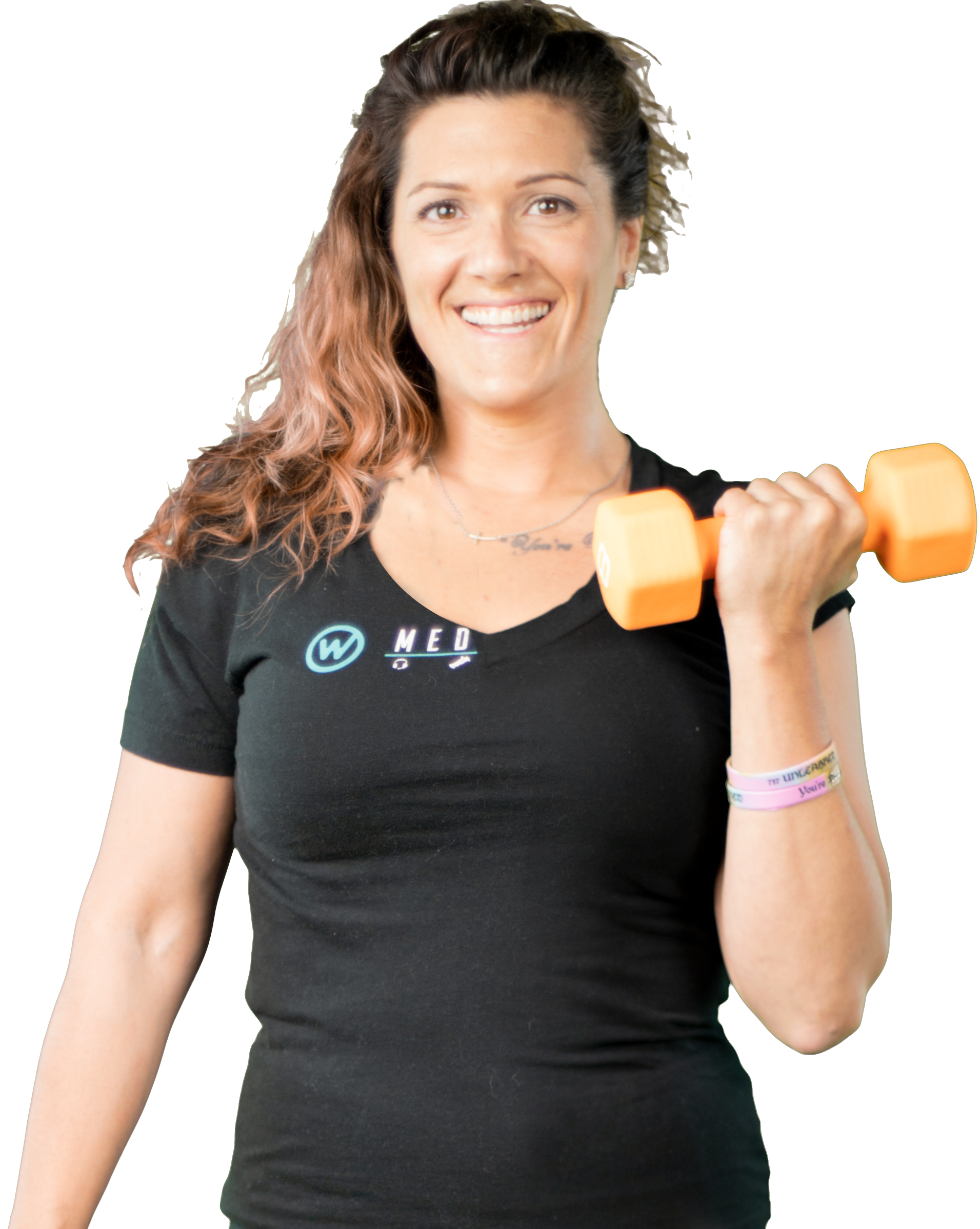 I was feeling the urge to do more than just attend church. I wanted to take the next step of faith and “Be the Church”, so I started serving immediately after deciding Waters is where I belong.

During one of my first services, I was given a welcome packet which had all the information about the different areas of need. I chose a few options where I felt I could make the most impact.

I gained a true appreciation of what it really takes to make church happen for those who are not yet here.

Some apprehensions I experienced were the concern of getting burnt out and not being able to engage in the sermons or worship. When I expressed this, the leaders were very understanding and supportive. I have the reassurance that if I feel that pressure coming on, I can log into Planning Center and take a weekend off. There is never any hassle or judgment.

I was also able to learn new skills which I implement outside of the Church and continue spreading the gospel to people who would otherwise not have the physical ability to attend worship. This has been one of the most unexpected and fulfilling things I have been able to do and it is all thanks to serving.

Serving helps you to feel truly connected to the church and causes extreme growth in relationships with more members. It is inspiring to know that, whatever area you serve in, it is helping to bring someone to Christ — that is the ultimate reward!

There are so many places you can serve!
Sign Up to Serve